Beverly Davis, author, chaplain, and nationally-known expert on anti-bullying awareness teams up with Kerry Johnson, a licensed school counselor in Deforest public schools to talk about reducing bullying behavior and why it’s important for the entire community.

If you know someone who has been bullied or you’re curious about how to identity this abusive behavior, including cyber bullying, and what types of anti-bullying strategies may help, join the conversation at the DeForest Public Library, August 20, 6.p.m. for this special presentation.

Beverly Davis, author and chaplain says you can make life brighter for everyone around you as well as yourself if you choose to be kind before lashing out at others.

She knows first-hand that it can be life-long struggle learning to believe in yourself after being bullied as a child.  She was bullied throughout childhood and is still impacted by the pain.

Young people who have been bullied may suffer from life-long consequences of confidence, self-esteem, loneliness and a pervasive feeling of being unwanted or unloved.

When Davis looks at a photo of her 8 year-old self, a quiet, shy girl in a plaid skirt and carrying a lunch box, she wonders what it was about that girl that made her appear vulnerable to schoolyard bullies.

Regardless of the ‘why’ did this happen, ongoing feelings of being marginalized have stayed with her all her life.

Kids who are bullied may withdraw from activities and show changes in behavior. They may go from being talkative to quiet and have fluctuations in grades and attentiveness at school.

Her father died when she was four and there was often competition for a single mother’s love and affection, but she doesn’t dwell on the ‘why’ it happened it her. Yet, those painful memories of being marginalized have stayed with her all her life.

Davis holds a Masters of Divinity degree from McCormick Theological Seminary, Chicago and is also a Certified Dementia Practitioner (NCCDP). She endured bullying by getting involved in sports, volleyball, softball, and table tennis. “It kept me going and away from my own school,” she said.

It can be challenging being a student from many perspectives today. But middle school can be especially difficult for middle school kids.

Those numbers suggest that it’s more likely than not that your child will either be the target of bullying or the instigator.

While more male students may be physically bullied compared to females (6 percent versus 4 percent), according to the National Center for Educational Statistics, cyberbullying affects both girls and boys.

A 2018 Pew survey found that 59 percent of U.S. teens experienced some form of abusive online behavior, more common outside of school.

Davis says, “Think before you act. It’s vitally important to build bridges not blockades with those who are targets of your emotions.”

When Davis was completing a Clinical Pastoral Education residency at Aspirus Wausau Hospital, she had a dream which became her first book, Great Gray, Exceeding NO Expectations.”

“In a dream I saw the idea for writing a book series for children of all ages about the power of believing in yourself. In my first book, Great Gray, the elephants in India stopped bullying Gray when he saved their village. He became the local hero despite the fact that one of his ears looked much different than the other elephants,” she said.

Her first book and its sequel honor the differences in all of us, shown through the lives of that little elephant named ‘Gray’ and the friends he made as he becomes ‘Great.’”

This is a topic Davis knows well, personally, and professionally as a presenter and from talking with children in schools.

She often speaks to grandparents and parents, as well as children—her books are stories that are meant to showcase the best in all of us no matter how different we may be.

She is often asked what it is about Gray that speaks to her.  “I identify with Great Gray, she said, “His experiences are my own. He is me.” 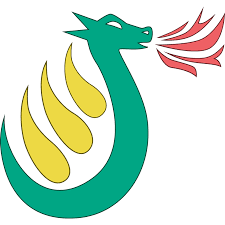